Ariadne is a flexible multi-currency and multi-account wallet, developed by Serokell for Cardano and Disciplina blockchains.

Each blockchain platform that works with cryptocurrencies should provide users with crypto wallets. But in case the project is constantly changing, it is a tricky task to create an easily adaptable solution.

At Serokell, we came up with Ariadne, a flexible crypto wallet that is perfectly suited to operate with two constantly changing blockchain platforms: Cardano (ADA) and Disciplina.

Our goal was to create an open-source product that developers can use and transform to the needs of their own projects. As a result, we created Ariadne, a cross-platform multi-account hot wallet with a built-in password manager. 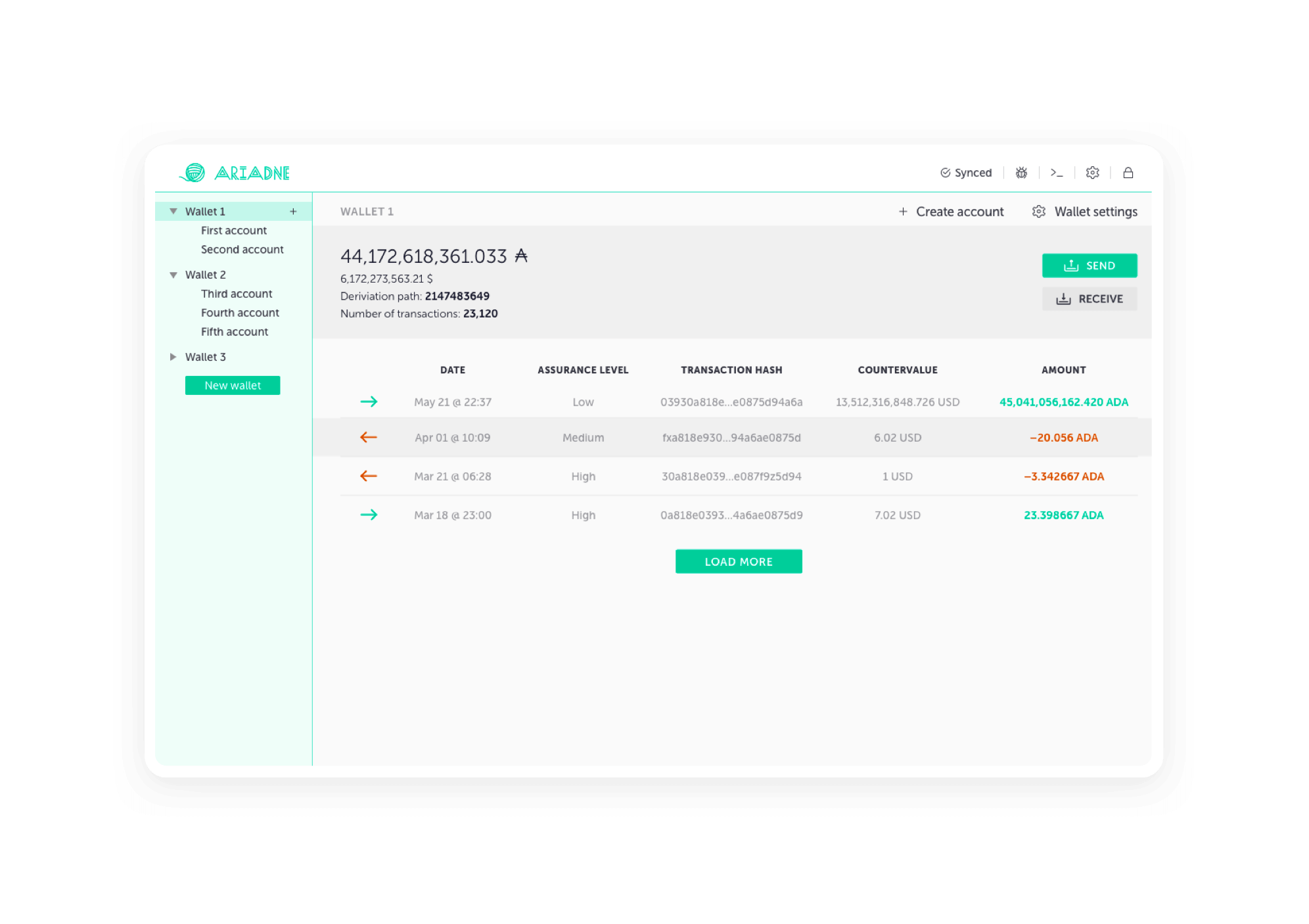 The MVP version of Ariadne included a TUI (terminal user interface) where all the commands were done either by command line or available widgets.
To let users easily manage their wallets, we developed a custom command language called Knit. It covers all the possible Ariadne user actions, enabling developers to create their own widgets (plugins) and creating a handy API for third-party services.

TUI was convenient for developers. But, to make Ariadne accessible for regular users, we needed to create a graphical user interface (GUI). After analysis and comparison of different GUI frameworks, our developers chose Qt since it provides a relevant balance of resource usage, safety, and flexibility. It’s worth mentioning that there is no need to implement UI controllers, thus we can easily extend Ariadne with a web interface. 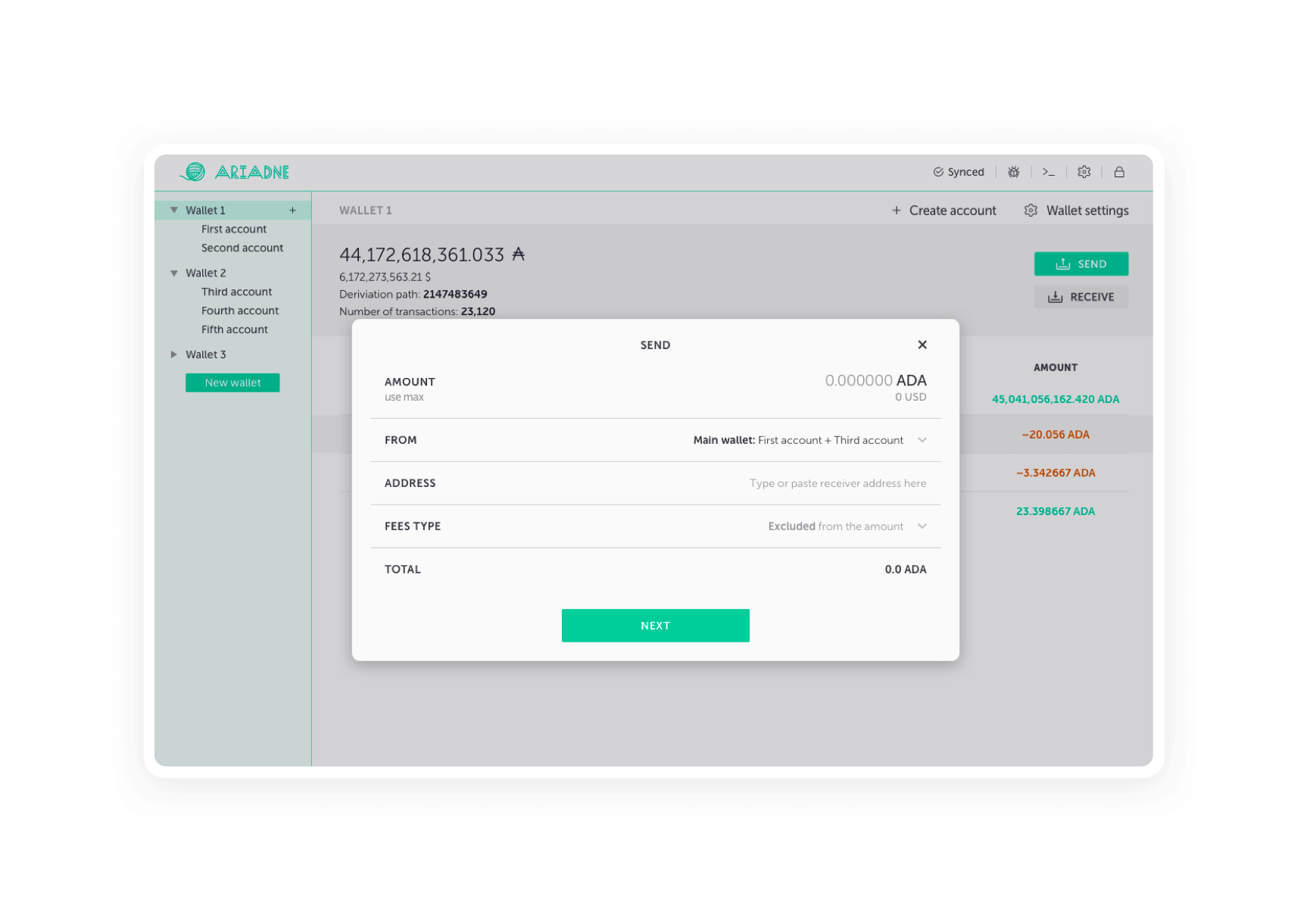 Today, multi-currency wallets that support third-party software and hardware integration are rather common. But in 2018, we were among the pioneers in the field.
Features:

An unlimited number of accounts in the wallet. Every account has its own secret key.

It is possible to make transactions using Cardano or Disciplina cryptocurrencies inside the same wallet. Users need to create separate accounts for each currency.

The custom-made programming language allows to easily integrate the solution with third-party services.
Ariadne still has potential and can be used by anyone who needs a wallet for their blockchain platform. It is a well-documented and customizable tool. 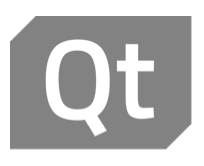 Back in 2018, Serokell developers managed to build a wallet that guarantees the safety of all operations and easily integrates with third-party services. With the right tech stack and standardized architecture, Serokell made a flexible technical solution that can be easily adapted to serve any modern blockchain platform. At Serokell, we do not fear writing code that operates with millions of dollars.
In our portfolio, we are representing Ariadne not as an example of a standalone multicurrency wallet, but as a magnificent realization of the concept to connect and manage changing heterogeneous systems.