Last week, we started a new blog series to introduce you to creating constructive and non-constructive proofs in Agda.

In our previous post, we took a look on logic in itself, we considered classical and intuitionistic logical calculi. It will come in handy today when we start tackling theorem proving in Agda based on a constructive logical framework.

In this article, we will introduce the reader to dependently typed programming and theorem proving in Agda. We will compare our examples of Agda code with their Haskell counterparts. After that, we will consider an example use of Agda in the formalisation of algebra.

Agda is a dependently typed functional programming language based on a variant of Martin-Löf type theory. This type theory is a constructive proof-theoretic formal system, so Agda doesn’t have the default features for writing classical logic based proofs in contrast to HOL or Isabelle.

Agda has a Haskell-like syntax and a much richer type system (but we’re working on bringing Haskell to the same level), so we may use Agda as a proof-assistant based on the propositions-as-types paradigm. In other words, Agda is a programming language that allows providing formal proofs within constructive mathematics.

In this section, we will make a brief introduction to the syntax and possibilities of Agda.

Datatypes in Agda are introduced as generalized algebraic datatypes (GADT):

The typical example is a datatype of unary natural numbers:

In Haskell we define these types as follows:

See to read about parameterized and indexed datatypes in more detail.

Datatypes also can have indexes that could differ from constructor to constructor in contrast to parameters. These datatypes are so-called datatype families. Example:

Vec (vector) is a datatype that is applied to another type A and a natural number n. We also say that Vec is parameterized by A and indexed by ℕ. Nil is an empty vector. Cons is a constructor adding a new element to a given vector increasing the length counter. Here n is an implicit argument of the constructor. Cons is also an example of a dependent function, as will be seen below.

In Haskell, we would have the following GADT via DataKinds, PolyKinds and GADTs extensions:

Fin is a datatype indexed by a natural number. zero reflects an empty set which is an element of any finite set. suc is a constructor that applies the finite set i and yields a new finite set, which is a larger than i on one element.

In Haskell, we define Fin using DataKinds and KindSignatures extensions as with vectors above:

Note that, datatypes Vec and Fin implemented in Agda are also examples of dependent types, these types depend on values (in particular, on natural numbers), not only on types.

On the other hand, their counterparts in Haskell are not dependent types in a strict sense, because forall (n :: ℕ) in Haskell does not introduce a value, therefore Fin does not depend on any values.

See here for an introduction to type level programming in Haskell.

Here types A and B are explicit arguments. If we don’t need to mention these types explicitly, we may take them implicitly:

We may compare this function in Agda with a similar function implemented in Haskell with the help of the RankNTypes extension that allows writing the universal quantifier on types explicitly:

We introduce the following datatypes to consider the next example:

After that, we construct a function that returns some country datatype for a given writer.

WriterToCity is an example of a dependent function, because the type of the result depends on the argument. The type of a dependent function is the so-called Π-type. More generally, suppose we have some function P: A → Set, then Π-type is a type of the function that assigns to every term t : A some object of type P t. In Agda notation, we write this type as (t : A) → P t for some {A : Set} {P : A → Set} in context. Logically Π-type encodes intuitionistic universal quantifier. In other words, P is a predicate and some function of a type (t : A) → P t is a proof that for each t : A the property P has established.

In Haskell, we don’t have dependent quantification at term level, but we have it at type level. Therefore, we implement comparable functions as closed type families. Similarly, we promote values of type Writers into the type level via DataKinds in both cases:

Also, we declare WriterToCity type family that is similar to WriterToCity function implemented in Agda. In contrast to Agda, we should enable the language extension called TypeInType. You may implement this function via PolyKinds since GHC 8.6.

We introduce the dependent pair type (Σ-type) through a simple example.

Let us consider the following inductive predicate on two lists as a GADT:

IsReverse xs ys denotes that the list ys is equal to reversed xs. IsReverse is a datatype parameterized over a type A and indexed over two lists of elements of type A.

We prove this theorem by induction on xs and build ys for every case. If xs is empty, then we present an empty list as the desired list ys and ReverseNil is a proof that ys is equal to reversed list xs, because both of them are empty. Thus, we have proved the base case. The inductive step is a case when xs is a non-empty list, i.e. xs = z :: zs. List zs is smaller than z :: zs, so we can apply induction hypothesis to zs and show that :: preserves the desired property using the ReverseCons constructor.

Generally, Σ-type is defined in Agda as follows:

This record is defined for arbitrary universes, and we consider below what universes are in more detail. The given record has two fields. The first field called fst is an object of a type A. The second one is an application B to the argument from the first field. From a logical point of view, we read Σ A B as “there exists some element of a type A, such that this element satisfies property B”, i.e. Σ-type encodes constructive existential quantifier. As we have told before, to prove the existence of some object with desired property constructively, then we should present the particular object and prove this object satisfies this considered property.

A hierarchy of types is a quite old idea that initially belongs to the logician and philosopher Bertrand Russell. The basic types such as Nat or Bool have a type called Set, but Set is not Set itself. Set has a type Set₁, etc. Otherwise, we could infer Russell’s paradox, so our system would be inconsistent in that case.

We implement a similar function in Haskell via RankNTypes:

We can indicate that types A, B, C are types of arbitrary level a:

We generalize s further, because A, B and C in s₁ belong to the same level, but these types may generally belong to different levels :

We would implement something similar as closed type family in Haskell:

By the way, the most general version of s in Agda is an universe polymorphic dependent function:

Records in Agda are arranged similarly to Haskell. This record implemented in Haskell

may be translated to Agda as follows via keyword record:

Typeclasses are introduced in Agda as records. For example, we implement typeclass called Functor:

Instances may be declared either by constructing a record explicitly or by using copatterns:

The identity type is a datatype that reflects equality of terms in predicate logic. This type is defined as follows:

We consider a few examples where propositional equality is used. The first one is a proof of distributivity of natural number multiplication over addition.

This property is proved by induction on b. When b equals zero, the equality holds trivially. Otherwise, if b is a non-zero number, then equality is proved using the induction hypothesis.

See the relevant part of the Haskell Prelude documentation.

We have propositional equality in Haskell as well:

We consider a few more examples in Agda to better understand its possibilities. Remember the abstract algebra, especially ring theory. We provide some algebraic definitions below:

We define a ring in Agda similarly by declaring a record called Ring. Ring is a type R with additional operations:

After that, we formulate the axioms of a ring having declared operations above:

Suppose we need to extend a ring with additional axioms. Consider a Lie ring that generalizes Lie algebra, which is a well-known construction in linear algebra widely applied in mathematical physics and quantum mechanics. Initially, we suggest the following informal definition:

We extend a ring to a Lie ring in Agda by declaring a new record, but we need to tell somehow that a given type R is already a ring. We pass an additional instance argument in a signature of a record called LieRing for this purpose:

Then we add the special axioms of a Lie ring as usual:

Lie ring is anticommutative, in other words:

Formalisation of this proof completely preserves the reasoning above. The first lemma is the sequence of equalities applied sequentially via transitivity of propositional equality:

Anticommutativity is proved in the same way using the obtained lemma:

In this post, we have briefly described basic concepts of dependently typed programming and theorem proving in Agda via examples. In the next post, we will introduce negation with classical postulates and play with non-constructive proofs in Agda.

14 upvotes
Get new articles via email
No spam – you'll only receive stuff we’d like to read ourselves.
Constructive and Non-Constructive Proofs in Agda (Part 2): Agda in a Nutshell
More from Serokell 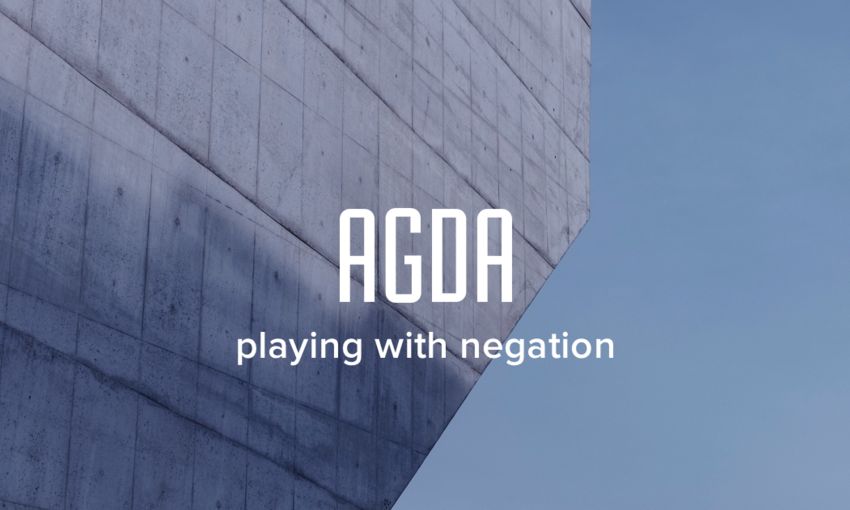 Constructive and Non-Constructive Proofs in Agda (Part 3): Playing with Negation
In the previous post, we briefly introduced the reader to dependently typed programming and theorem proving in Agda. Now we present an empty type to work with constructive negation. We discuss Marko…
14 min read 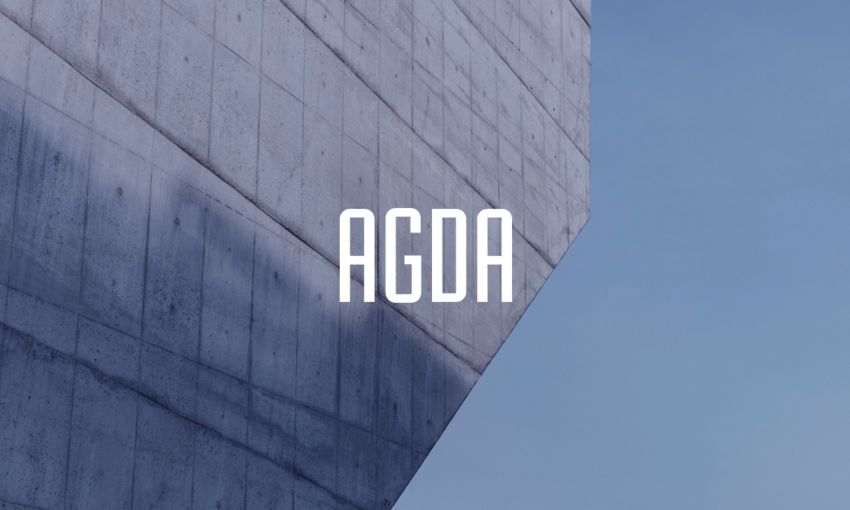 Constructive and Non-Constructive Proofs in Agda (Part 1): Logical Background
Where to start with Agda formal verification? Get familiar with the constructive logic behind it.
14 min read 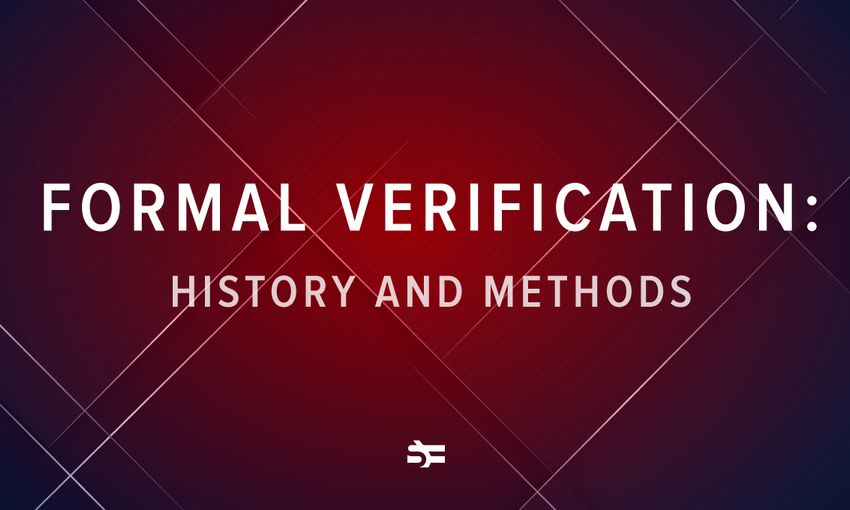